Our goal is to make you mission ready. Training, equipment, morale, and logistics all contribute to organizational readiness. This is where we come in. We’re comprised of experts with over 150 years of combined leadership experience. We’re leading the way in support of our nation and customers to achieve mission readiness. 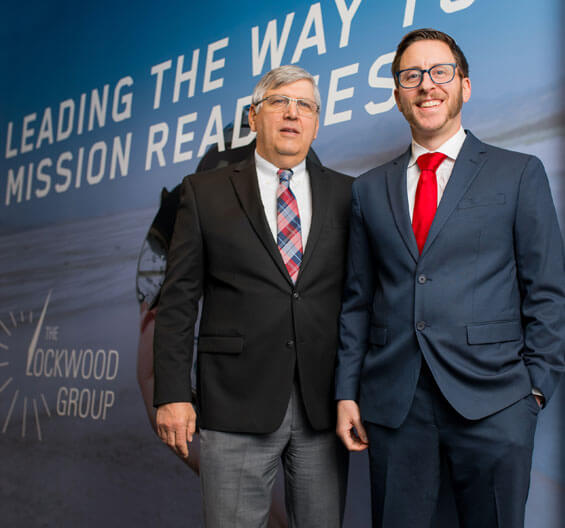 Our Story: Leading the Way to Mission Readiness

After 40 years of service, James Lockwood recognized the need to improve support to the military. At this time, our soldiers were receiving rapidly developed commercial technology but not the comprehensive support packages needed to sustain them. Their mission readiness was being compromised.

In 2010, James partnered with his son Jim to form The Lockwood Group. Their purpose is to serve by Leading the Way to Mission Readiness with a focus on their most important customer–the soldier, airmen, sailor, marine and guardian.

Today, The Lockwood Group thrives on improving the readiness of our nation’s most important assets through the delivery of services and solutions driven by a unique set of military, technical, leadership, and entrepreneurial problem-solving skills.

The Lockwood Group exists to serve our military’s finest and our nation by providing the leadership and guidance to improve mission readiness. 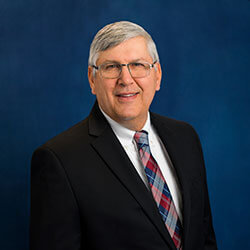 James Lockwood is the co-founder of the Lockwood Group who serves as President responsible for setting the vision and leadership for the company. The Lockwood Group is founded upon the foundation of our core values which we aim to architect into the DNA of the organization. Serving our people remains the focus of my leadership. […] 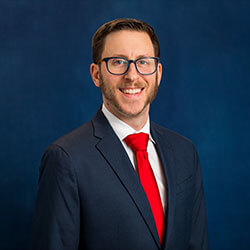 Jim Lockwood is the co-founder of The Lockwood Group who serves as Vice President responsible for driving growth, creating value and executing objectives across Lockwood’s markets. When I think back to the time when James and I started The Lockwood Group in 2009, we knew it would be a journey. Starting out from the Lockwood […] 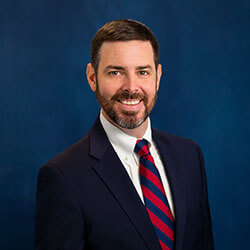 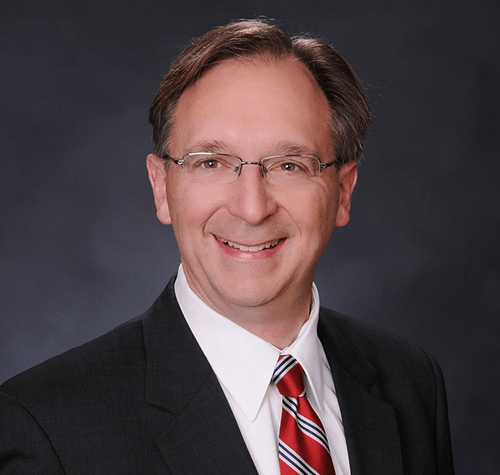 Barry Fishel is a financial executive with “Big 4” consulting, public, private, and start-up company experience. He has developed business strategies, operational improvements, financial projections and business valuations for companies with annual revenues from $3 million to $1 billion in the health care, retail, manufacturing, wholesale and professional services sectors. Barry started his career with […] 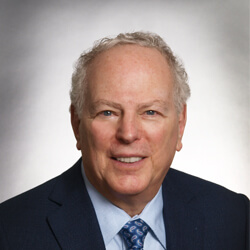 David Kriegman spent 30 years growing and managing companies that provide professional services. After working for the government, he held a number of leadership positions in private industry. Kriegman was Executive Vice President and Chief Operating Officer of SRA International, a $1.3B government systems integration company with 5,500 employees; President of Command Federal, a venture-backed […]

Service With A Vision

Our Credo and Core Values

The Lockwood mission is to create an organization focused on service. We serve – each other, the soldier, our customers, our employees, our partners, our vendors, our community – service is at the center of our Core Values and Culture.

Every day, we are motivated to grow the company, but remain rooted deeply in our principles.

Principle #1:
Invest in our people

We are driven to invest in our employees and create the most satisfying work environment, culture & supporting structure to ensure their growth and happiness.

We are determined to “Lead the Way” to help improve the “Mission Readiness” of the Nation.

We strive to create an atmosphere of openness and stay connected with all of our team members and customers.

Principle #4:
We are driven to perform

We are driven to perform and take extra steps to ensure the satisfaction of our customers and employees.

We are committed to delivering cost-efficient and innovative solutions that make functional sense for the intended users.

Principle #6:
Easy to work with

We are determined to make it easy to contract with us.

Principle #7:
Deliver on our promises

The Lockwood Group has employees located across the US and globe. We’ve deployed personnel for major missions in Korea, Afghanistan, Kuwait, Germany, Japan and throughout the United States CONUS and OCONUS.

We have the business infrastructure, insurance, and capability to deploy contractors to support missions throughout the world.

Leading the way
to mission readiness.

Proudly led by a military Veteran, we seek to continue our service to our nation and Veterans providing job, business and teaming opportunities to our great US service men and women.

Serving the customer. Solving the problem.

Job Openings at The Lockwood Group

Working with TLG is easy. Our employment platform allows qualified candidates to find their next rewarding career move.

James Lockwood is the co-founder of the Lockwood Group who serves as President responsible for setting the vision and leadership for the company.

The Lockwood Group is founded upon the foundation of our core values which we aim to architect into the DNA of the organization.

Serving our people remains the focus of my leadership. They are at the forefront of all we do in helping us deliver on our promise to lead the way to mission readiness. I am most grateful for their service to the company and to our customers.

Mr. Lockwood has over 35 years of military experience with 27 years in federal service with the US Army Communications Electronics Life Cycle Management Command (CECOM). He has held positions in all levels of the Command including Associate Director for the Logistics & Readiness Center (LRC) responsible for the entire C4ISR spares acquisition and depot repair programs totaling over $1.5B annually. He served as the CECOM Force Modernization Officer for over 12 years, leading fielding and new equipment training efforts worldwide. Additionally, he has served in several key senior management positions in Engineering Management, Logistics and Supply execution and Program Management of various C4ISR programs. He has experience in deployment, operation and maintenance of satellite systems, telecommunications networks, avionics, intelligence and electronic warfare systems, as well strategic Command & Control systems.

James was personally responsible for establishing CECOM’s RESET program in 2004. The RESET program was newly created to support the returning units from Operation Iraqi Freedom/Operation Enduring Freedom. Under his leadership the mission evolved from a three- person organization to a two-hundred-person office managing all programming, planning and execution of C4ISR RESET Efforts. This program exceeded $4B at its height.

Mr. Lockwood is a graduate of the U.S. Military Academy (USMA) at West Point, NY 1975. He has received extensive training in Engineering Management, Defense Acquisition and Defense Program planning and execution. His awards include The Army Commendation Medal, the National Defense Service medal, Superior Civilian Service Award, 4 Commander’s Awards for Civilian Service and the Army Materiel Command Employee of the Year, 1987.

Personally, James is a proud husband, grandfather and father to a most loving and caring family. He enjoys seeing his Army Black Knights defeat the Navy Midshipmen in the annual clash.

Jim Lockwood is the co-founder of The Lockwood Group who serves as Vice President responsible for driving growth, creating value and executing objectives across Lockwood’s markets.

When I think back to the time when James and I started The Lockwood Group in 2009, we knew it would be a journey. Starting out from the Lockwood kitchen table to today, it has been quite a journey full of twists, turns, adversity, and excitement. It’s an inevitable journey for anyone taking upon the challenges of establishing a purposeful organization seeking to make an impact.

Fast forward our journey to today and we are most excited about the next stage. Surrounded by an exceptional team, we feel most confident to lead The Lockwood Group forward centered on a purposeful mission, credo of service and core values creating a culture that delivers solutions improving mission readiness of all we serve.

Jim is an outside the box thinker with a thirst for problem-solving. He has a successful entrepreneurial background with experience in business disciplines across the fields of management, business development, finance, talent acquisition, and operations for the private and public sector.

Jim is active in the business and entrepreneur community regularly participating and speaking at industry events. He is an avid reader of industry and business publications remaining fluid on emerging market trends.

Jim graduated from Saint Joseph’s University with a Bachelor of Science in Finance and currently resides in the city of Philadelphia.

Most often you can find Jim on the road seeking to strengthen relationships with customers, partners, and employees across Lockwood’s multiple markets and locations.  Personally, he most enjoys traveling exploring the vastness of people and cultures around the world.

Brendan brings over 18 years of leadership, program management and operations experience running complex global projects for DOD and Federal Customers. He has continuously delivered exceptional performance for his customers seeking to exceed their expectations.

Brendan lives around the APG community with his great family and enjoys maximizing his time with them.

Barry started his career with Ernst & Young, where he directed business valuations, financial modeling and due diligence engagements for a $110 million national consulting practice. He then joined Fila USA, leading their strategic planning efforts, implementing profitability improvement opportunities, and managing their financial teams for acquisitions and divestitures. Barry has also served as the CFO for Cielo Capital Management, a financial services provider. Most recently, he was a Director at MMS Advisors, a management advisory firm, where he structured and executed forensic accounting and business planning engagements.

Barry graduated from Bucknell University with a Bachelor’s degree in Business Management. He holds a Masters of Science in Business from The Johns Hopkins University and is a Certified Fraud Examiner. Barry is a Board Member and Treasurer of the Baltimore Chapter of Financial Executives International (“FEI”). He is an avid sports enthusiast.

David Kriegman spent 30 years growing and managing companies that provide professional services. After working for the government, he held a number of leadership positions in private industry. Kriegman was Executive Vice President and Chief Operating Officer of SRA International, a $1.3B government systems integration company with 5,500 employees; President of Command Federal, a venture-backed company focused on the Internet of Things; President of Tech Team Government Services, a wholly-owned subsidiary of a commercial, IT outsourcing company; and Senior Vice President and General Manager of the Jacobs Technology Strategic Solutions Group.

Kriegman is the author of Zero to a Billion: 61 Rules Entrepreneurs Need to Know to Grow a Government Contracting Business
At SRA, his areas of responsibility included P&L, business management, marketing and sales, human resources, contracts, and process improvement. Joining SRA when its revenues were less than $5M, Kriegman was a member of the leadership team that grew the company to over $1B.

Before becoming SRA’s COO, Kriegman led the establishment of SRA’s information technology business with the U.S. Army and was the director of Defense Systems; he grew that business from $48M to over $400M in seven years. While he was a senior manager at SRA, the company was recognized by Fortune magazine as one of the 100 Best Companies to Work For and by Washingtonian magazine as one the best places to work in the D.C. area.

Prior to the establishment of Z2B, LLC, Kriegman was the Senior Vice President and General Manager of the Jacobs Technology Strategic Solutions Group where he had complete P&L responsibility for all aspects of that business.

Kriegman also served as President of TechTeam Government Solutions, Inc. and led the sale of TechTeam to Jacobs Technology. While at TechTeam, Kriegman was responsible for all aspects of growth and P&L and for integrating four diverse acquisitions to fulfill TechTeam’s strategic plans for growth in the federal market.

Prior to TechTeam, Kriegman was President of Command Federal, a venture-backed start-up company focused on growing a business based on the next generation of internet technology. In this role, he became an industry leader and spokesman for IPv6 and the Internet of Things.

Kriegman began his career with the U.S. Bureau of the Census where he served as a section chief in the Statistical Methods Division.

Kriegman is a frequent speaker at industry and corporate events, and serves as a lecturer and adjunct professor at programs offered by the Defense Acquisition University and the George Mason University (GMU) School of Business Executive Education Department where he co-authored the course: Tech to Exec: Making the Transition while Forging Stronger Client Relationships. He also helped developed, and lecturers at, the Executive Education course: Building GovCon Acumen.